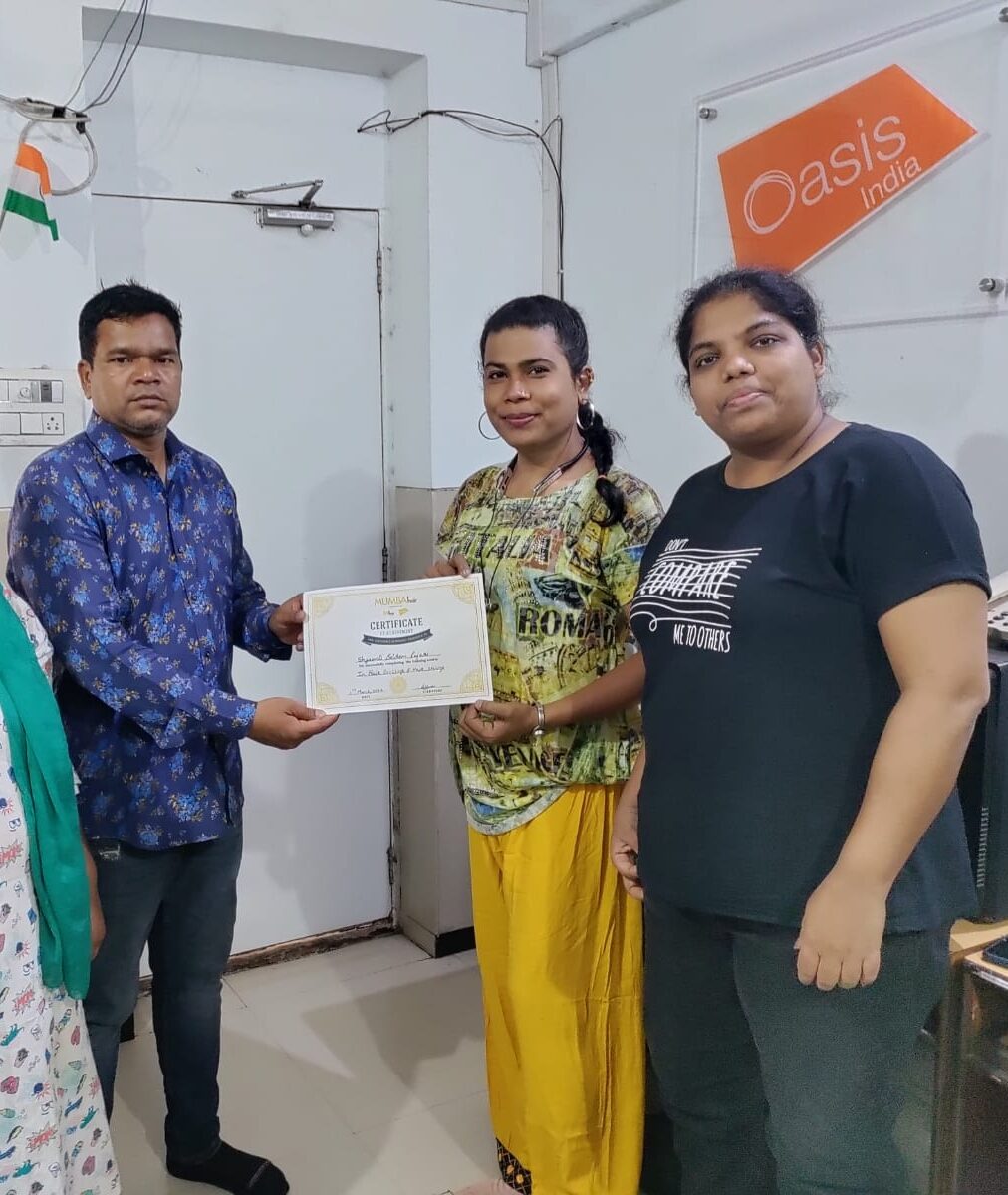 Shyamli, 30, is part of our hairdressing programme in Mumbai. As Shyamli is transgender, she has faced discrimination everywhere she has turned for a work opportunity. When she heard about Oasis India from a former beneficiary and approached the staff, they immediately enrolled her in the hairdressing programme. She was in disbelief that we took her in for the programme without any hesitation, as she was always rejected.

Shyamli’s mother was a sex worker, and growing up, she experienced sexual abuse and was bullied for the way she was. She began transitioning when she closely watched the women in the red-light area and wanted to be like them. Right before Shyamli joined the hairdressing training, she considered becoming a sex worker like her mother, as she could not get a job anywhere. She says that Oasis India was truly an oasis for her as the opportunity came at the right time or her life would have been different in the red-light area.

According to a study conducted by the National Human Rights Commission in 2018, 96% of transgenders are denied jobs and are forced to do low-paying or undignified work for a livelihood, like sex work and begging. The first-ever study on the rights of transgenders also revealed that about 92% of transgenders are deprived of the right to participate in any form of economic activity in the country, with even qualified ones being refused jobs. It is important that as a community, we work towards reducing inequality, especially in the workplace, and make work opportunities available for everyone, irrespective of their gender.

Shyamli has graduated from the hairdressing programme and hopes to find a job in a salon.