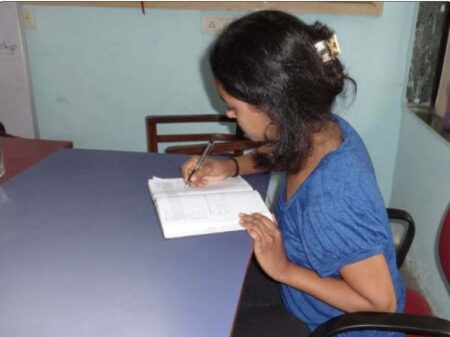 At just 14, Janita* was married and had a child. The legal age for a girl to marry in India is 18 – marriages below that age are considered child marriage. But over the years child marriage in India has become a form of human trafficking. After Janita’s husband left her, she met someone who was kind and understanding. She was in love and she decided to move in with him in Mumbai. But little did she know that he would bring her to one of the most notorious red-light areas in Mumbai and sell her.

Fast forward to 11 years and here is Janita working in an NGO as part of the outreach team after leaving the red-light area. What was her motivation? Her 15-year-old daughter. Janita knew she had to move out to give her daughter a better education and life. She is also an active member in all the activities that we do in the Kamathipura hub. We asked her what she wanted to accomplish in life and she said, “I want my daughter to complete her education and live a happy life.” She is a fierce mother with a heart full of dreams for her daughter.
*name changed

Previous reading
Leaving RLA – Story of a pimp
Next reading
Changing the course of life – Sadvik made it happen!