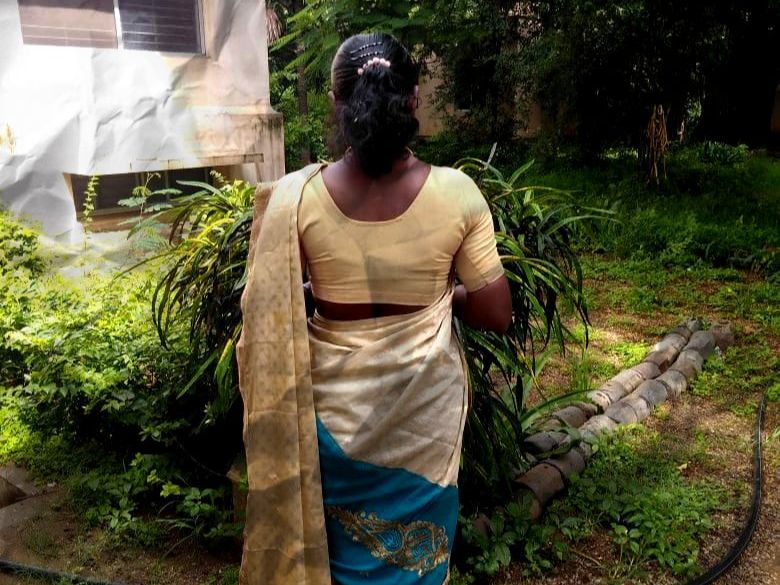 Sheena* was married at just 17 years of age. She was very young with two daughters when her husband left them to remarry. In an effort to find her husband, she took her two children and went to Bangalore. In the railway station, two men approached her and promised domestic work in Mumbai. Sheena knew she had to take care of her children, so she agreed to travel with them. Little did she know, that these men would sell her and her children to a pimp in Mumbai. Trafficking is very real. Traffickers spot individuals who are vulnerable and manipulate them with love and care. It is therefore important to be aware about the signs of trafficking.

Sheena endured 5 years of abuse and torture in the hands of the pimp and the customers. She did not receive any money and was forced to stay in the brothel with her two small children. Finally they were rescued by an organisation and brought back to their hometown. Her children were placed in foster homes for safety. This is when Sheena was tested HIV+ and was placed in different hostels and rehabilitation centers in the course of the year.

Sheena moved back in to take care of her sick father. Later that year, he succumbed to his illness and again Sheena was left with nothing but loneliness. With a hope to find help, she came back to Bangalore. This is when the pandemic hit and she was stuck with no place to stay. We at Oasis, stepped in to assist with Sheena’s overall well-being. Since she is HIV+, her health was deteriorating fast and she was in need of consistent health care. We took her on hospital visits, got her medications and also placed her in a shelter home where she receives counselling and guidance. Sheena is living with the hopes of getting well and meeting her children one day.

From the Field
Previous reading
Have you heard of cyber trafficking?
Next reading
What is the future of sex workers in India post this pandemic?