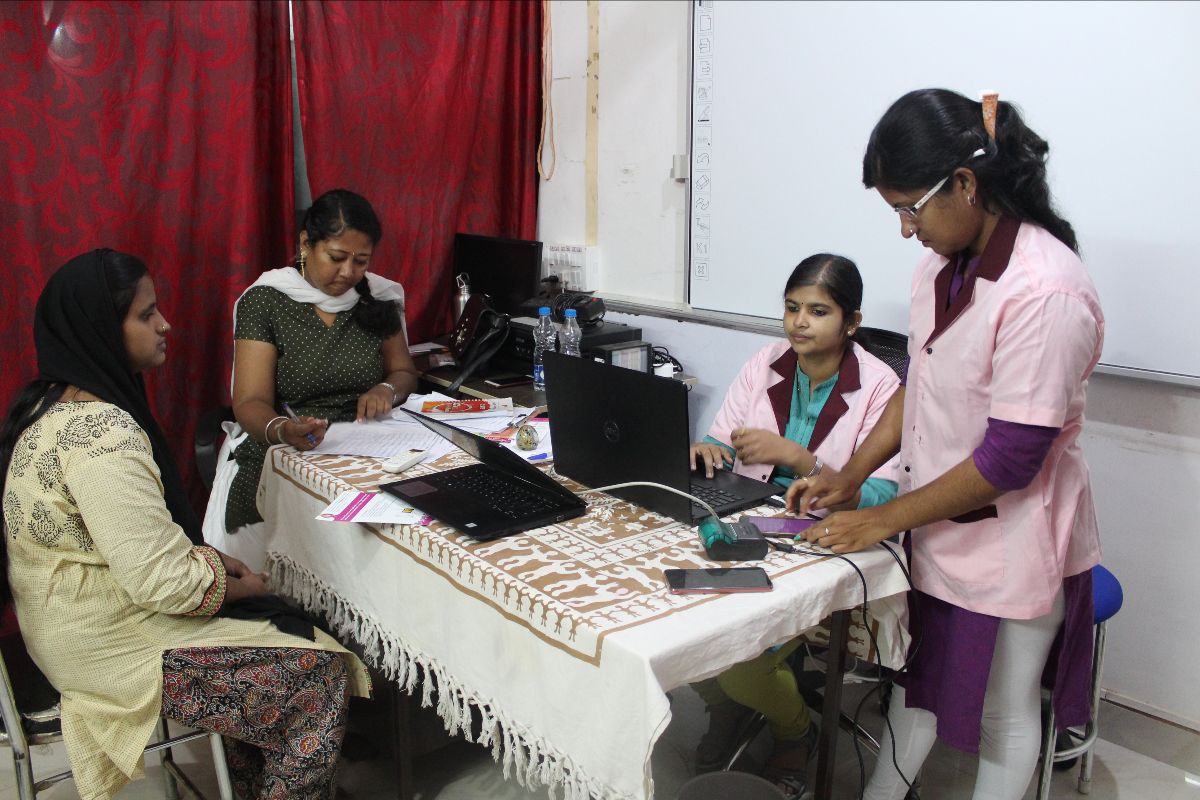 Fathima, 28, who is part of our tailoring programme at Hallegudhahalli says, “I attended the cancer screening camp before classes and that was the first time I heard about breast cancer, its causes and symptoms. When I went through the screening, the doctors told me that I have certain symptoms of breast cancer and they advised me to take further tests. I feared what my results might be. A few days later, the doctors followed up asking if I had taken the tests and when I told them about my fears, they assured me that it is best to get the tests done. Oasis staff accompanied me to do the tests and thankfully the reports were normal. Now I encourage others like me to take the tests instead of living in fear. I want to thank Oasis India for empowering us.”