A Time For Hope 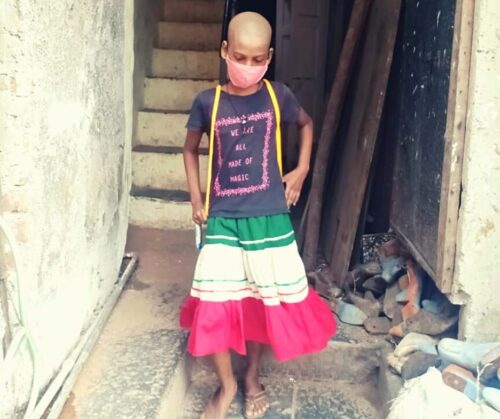 We met Sneha* during outreach at one of the brothels in Kamathipura. She was 11 years old, with a smiling face, beaming with curiosity. When our staff struck a conversation with her mother, Teju*, their story was nothing short of tragic. Teju came to the Mumbai to find a job and ended up working at the red-light area (RLA) for money to save her struggling family back in Kolkata. When Sneha was born, Teju struggled with depression, substance abuse and battled suicidal thoughts.

Fast forward to when we met Sneha and Teju, our staff invited them to visit our after-school programme (ASP) and that Sneha could be a part of it. They both immediately agreed and Sneha began attending ASP. As time went on, a smiling and curious Sneha began behaving very aggressively, beating and fighting with other students.She became a rebel, not wanting to obey any of the rules laid out for students to practice discipline in class. Our tutors noticed her actions and probed further to find why she was behaving this way. They found that Sneha was dealing with great trauma and abuse at home. Her mother often beat her and made her do all the household chores which led to a lot of frustration, fights and physical abuse. She was seeking the love and attention at ASP that she lacked at home.

Sneha’s story is just one among the many who are affected by her traumatic life in the brothel. Her story is a reflection of the thousands of children who carry years of trauma in them, unable to express their grief and struggle, eventually succumbing to the ways of life in the RLA. How can we impact their lives for the better? Our team counselled Sneha during one-on-one sessions regularly, teaching her the importance of knowing right and wrong and doing what is right. Every time Sneha was disciplined for her actions, she withdrew but our team continued to help her understand and realise the repercussions of her actions. With life skills sessions, Sneha has learnt to deal with her emotions and we see visible changes in her behaviour. We are positive that this is just the beginning of Sneha creating a hopeful and bright future for herself.

Sneha wants to grow up and become a police officer one day.