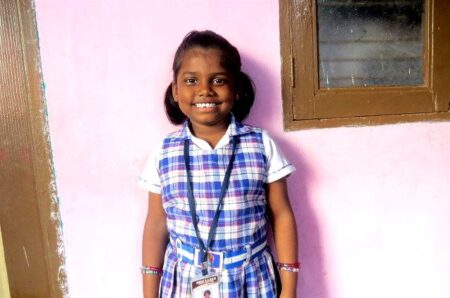 Dhaniya, 6, living in Basin Bridge, Chennai was suffering from constant fever and cold. Her parents took her to a private hospital by for treatment. The doctors diagnosed it as a normal fever but in time, her health took a turn for the worse. When our health department held a general medical camp at Basin Bridge, Dhaniya was brought to the doctor. The doctor advised the parents to take her to the hospital immediately as she might have dengue. They also suggested for her brother Tharun, 4, to be taken as well, since he also showed symptoms of the infection.

The two children were taken to a government hospital and treated for Dengue. Dengue has become a common occurrence in many parts of India. The number of dengue cases reported to the National Vector Borne Disease Control Programme (NVBDCP) has increased over the years, especially that of children. Our focus in the health department is to always help individuals in the community like Dhaniya to diagnose the sickness immediately and receive the right treatment as soon as possible.