Meghala Manickam, our livelihood coordinator in Chennai saw a great need in the community where she lives. 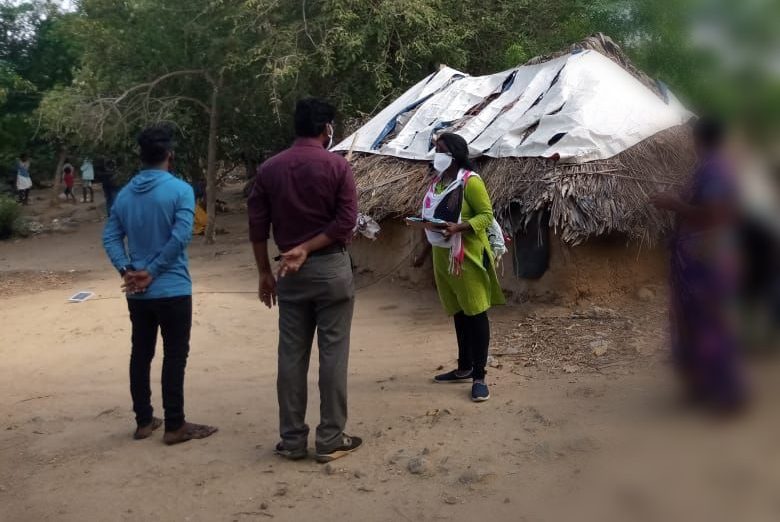 During the lockdown, Meghala Manickam, our livelihood coordinator in Chennai saw a great need in the community where she lives. Identifying these people, Meghala began her relief work by connecting 231 widows in the Perumbakkam resettlement area with an individual who supplied dry ration for them.

Beginning here she felt the need to reach out to more people in the rural areas who have not received any relief support yet. In her search, she found people in Tirukazhukundram in Chengalpet district who had received relief support once but there were many in need. All of these people are dependent on agriculture for work but due to the lockdown their work has been on a hold. There were also daily wagers in that community. Meghala says, “This particular area had no electricity, no water or street lights. I was fortunate enough to connect with a friend who provided dry ration for 31 families in that area.“ 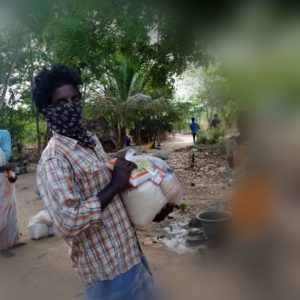 Meghala then connected with some of her friends and started looking for more places with people in need. They identified Irulas, a Dravidian ethnic group who were living with no basic amenities in the most interior places of the Chengalpet District. During field visit, Meghala’s team found that this tribal group lived in damaged houses, with no proper water or food and their children were clearly malnourished. Meghala began speaking with the people and listing down their needs. Touched by their miserable state of life, she connected with Madras Christian College’s social work department through which 300 families were provided with dry ration. Also in collaboration with the Social Work Department, Meghala hopes to assist the Irula families in receiving legal entitlements, government proofs, etc which will qualify them for government schemes and benefits.

Meghala says, “My team at Oasis was my greatest support. I am happy to have been able to bring some kind of change and support for the people around my community at this time of need.”

From the Field Stories
Previous reading
What is the state of migrant women and children during COVID-19?
Next reading
Credibility Alliance